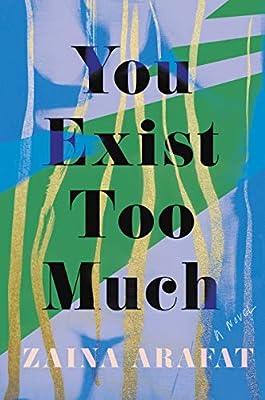 You Exist Too Much: A Novel

A “provocative and seductive debut” of desire and doubleness that follows the life of a young Palestinian American woman caught between cultural, religious, and sexual identities as she endeavors to lead an authentic life (O, The Oprah Magazine)

On a hot day in Bethlehem, a 12-year-old Palestinian-American girl is yelled at by a group of men outside the Church of the Nativity. She has exposed her legs in a biblical city, an act they deem forbidden, and their judgement will echo on through her adolescence. When our narrator finally admits to her mother that she is queer, her mother’s response only intensifies a sense of shame: “You exist too much,” she tells her daughter.

Told in vignettes that flash between the U.S. and the Middle East―from New York to Jordan, Lebanon, and Palestine―Zaina Arafat’s debut novel traces her protagonist’s progress from blushing teen to sought-after DJ and aspiring writer. In Brooklyn, she moves into an apartment with her first serious girlfriend and tries to content herself with their comfortable relationship. But soon her longings, so closely hidden during her teenage years, explode out into reckless romantic encounters and obsessions with other people. Her desire to thwart her own destructive impulses will eventually lead her to The Ledge, an unconventional treatment center that identifies her affliction as “love addiction.” In this strange, enclosed society she will start to consider the unnerving similarities between her own internal traumas and divisions and those of the places that have formed her.

Opening up the fantasies and desires of one young woman caught between cultural, religious, and sexual identities, You Exist Too Much is a captivating story charting two of our most intense longings―for love, and a place to call home.

A Refinery29 Best Book of the Year
O, The Oprah Magazine, 1 of 42 of the Best LGBTQ Books of the Year
A Debutiful Best Debut of the Year

"This book is about much more than being multicultural; it offers a messy, multilayered, flawed, insecure character as proof that multi-everything should be a category, because humans are too complicated for every other classification and multicultural leaves out things like sexuality and mental illness. At once complicated and engaging, this is the kind of debut novel that announces the arrival of a powerful new author who, besides writing beautifully, has a lot to say." ––Gabino Iglesias, NPR

"The first-person narrator has a distinctive voice and is a magnetic presence on the page; the scenes with her mother are electric . . . a nuanced, sparky debut." ―Holly Williams, The Guardian

"For anyone who’s ever felt their body or identity takes up too much space, this deeply affecting story of doubt and love is a gut-punch and a solace." ––Elle

"[A] provocative and seductive debut . . . Novels like these don't exist enough." ―O, The Oprah Magazine

"A brilliant, bitingly funny and heartfelt novel, You Exist Too Much peels back the layers of one young woman's cultural, sexual and religious identities as she expands her internal understanding of what––and who––creates her sense of home." ―Shondaland

"[An] extraordinary debut . . . It's the trickiest of territories, this type of intense examination of the self, but Zaina Arafat's lyrical, provocative writing is wholly captivating, startling in its honesty, unsettling in all the best ways." ―Refinery29

"This story about love, identity, gender and family is brilliantly written and questions the effects of maternal love." ―Good Morning America

"A study in the rejection and reclamation of shame, as it applies to the experience of an isolated young woman within layers of geographic marginalization." ―Parade

"A compelling character study of a bruised young woman who has been treated 'carelessly, callously' by the women whose care she longs for, and so turns around and treats those who seek her intimacy with the same disregard . . . Arafat works the central tension of whether she will or won't overcome her internal obstacles deftly, avoiding casting her in pity or irreconcilable despair. Thankfully we have moved beyond tedious questions about the 'likability' of fictional women, because the most interesting characters rarely are at all times. Arafat's heroine is no exception, but the author writes her with great tenderness and just enough self-aware dark humor to allow readers to become invested in this young woman's efforts to make herself whole." ––Erin Keane, Salon

"The heart of You Exist Too Much is the heart of every queer experience––nay, human experience––the search for love and a place to call home." ―The Advocate

"You Exist Too Much brilliantly sheds light on the murky overlaps between cultural traditions, intergenerational trauma, and LGBTQ identity . . . Arafat . . . explore[s] and inform[s] the way a body exists, feels and loves in the Western world." ―Sarah Yanni, Autostraddle

“A magnetic read. . . . It pulls you into the swirl of its turbulent, sometimes self-aware unnamed narrator and keeps you uncomfortably tied to her, unable to look away as she makes decisions that harm those who love her, or as she blames herself for getting hurt. It’s an aching book, preoccupied with intergenerational trauma, the cultural and emotional rifts between a first-generation Palestinian-American woman and her immigrant parents, and the various forms of isolation she experiences. But it’s also a warm and occasionally hilarious read that plays with the narrator’s unconscious knowledge and embodied memory, especially when it comes to her difficult relationship with her sometimes loving, often overbearing, and occasionally furious mother." ―Ilana Masad, BOMB

"You Exist Too Much is a raw and unsettling exploration of a young girl’s shifting foundations. Arafat’s sure hand draws readers across time periods and places, weaving the narrator’s past formative experiences with her present-day choices and questions. The narrator is heartbreaking in her precarious teetering between extreme self-awareness and naivete, but Arafat steers clear of easy answers and pat solutions." ―Margo Orlando Littell, San Francisco Book Review

Zaina Arafat is a LGBTQ Palestinian-American writer based in Brooklyn. Her debut novel, You Exist Too Much, was selected as an Indie Next Pick for June, and has been praised by O Oprah Magazine, Vogue, Elle, Harper's Bazaar, NPR, LitHub and Good Morning America. Her stories and essays have appeared in publications including Granta, The New York Times, The Believer, Virginia Quarterly Review, VICE, BuzzFeed, Guernica and The Atlantic. She holds an MFA from Iowa and an MA from Columbia, and was awarded the 2018 Arab Women/Migrants from the Middle East fellowship from Jack Jones Literary Arts. She teaches writing at Long Island University and the School of the New York Times, and is currently working on an essay collection.

You Exist Too Much addresses a longstanding void of queer Arab-American literature. Zaina Arafat takes us through the narrator's multi-layered struggle of self-identity. On one level, she's a daughter of Palestinian immigrants. Every child of immigrants, myself...


Finding a Place in the World

I finished reading You Exist Too Much several days ago, and have not written about it until now, in part because I have been processing my thoughts. I think ultimately I found it to be a fascinating look at the world through the eyes of a young Palestinian-American...


A beautifully written book that you can't stop thinking about

Sometimes I read a book and I rush to write a review, other times I have to let the story sink in before I feel ready to write down my thoughts. You Exist Too Much by Zaina Arafat was one of the latter, and I have found myself thinking about it more after finishing than I...

In a word: WOW So, okay. Book review of YOU EXIST TOO MUCH is up on my blog. It's too long to fit here. Suffice to say that a 30-something bisexual Palestinian-American woman tells me my life in beautiful, painfully honest sentences. I read this book twice and...

This sounded really intriguing. Plus it checked so many of the boxes. For one thing, great for international reading, first experience with a Palestinian author, the book is set mostly in US (where the author is now based) with prolonged visits to the Middle East. Plus the...

Fiction that Reads like Memoir What happens when a multi-cultural woman struggles to figure out who she is and her mother tells her “You exist too much?” Conflict? Crisis? Self-discovery? You could experiment. You could fold in on yourself. You might even...

Against the Loveless World: A Novel

The Dragons, the Giant, the Women: A Memoir 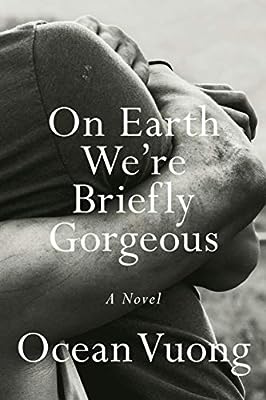 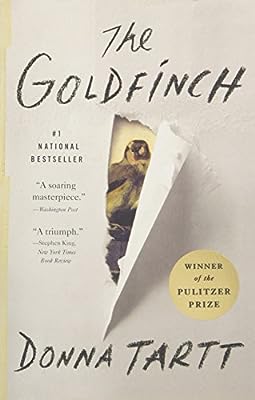 The Goldfinch: A Novel (Pulitzer Prize for Fiction) 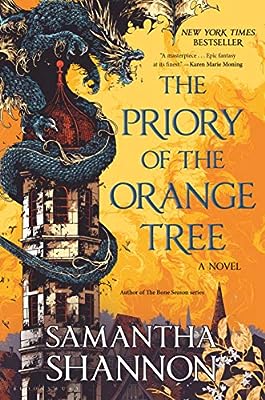 The Priory of the Orange Tree 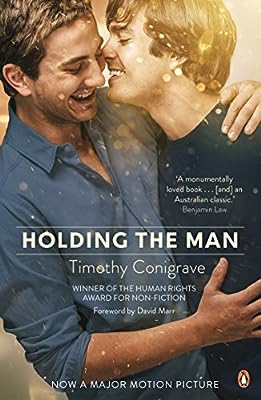 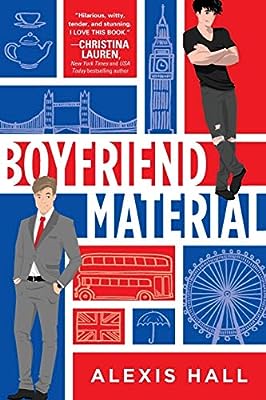 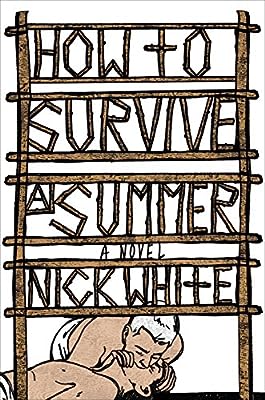 How to Survive a Summer: A Novel 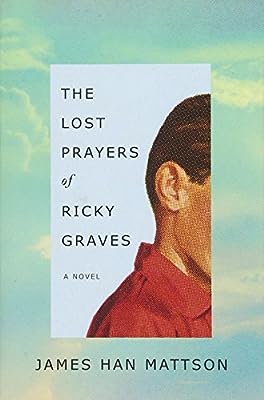 The Lost Prayers of Ricky Graves: A Novel 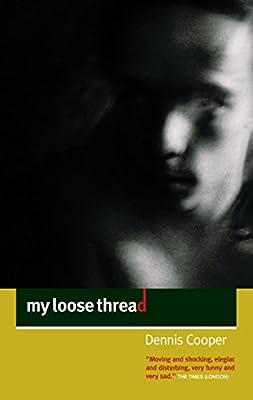 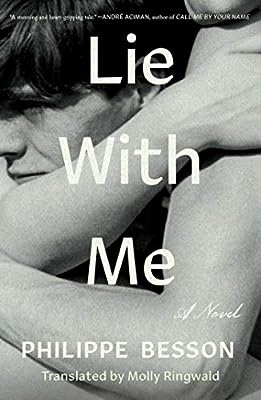 Lie With Me: A Novel